Do you have friends that you consider family? We do!

Our friends, Matt and Erin, came to visit this weekend. They’re family to us. We’re trying to convince them to move down to Raleigh, but we’ll settle for a visit.

After work on Friday, while I was waiting for them to arrive, I tried a new Pumpkin Bread mix from Simple Mills. While I’m not gluten free, I LOVE a good pumpkin mix! 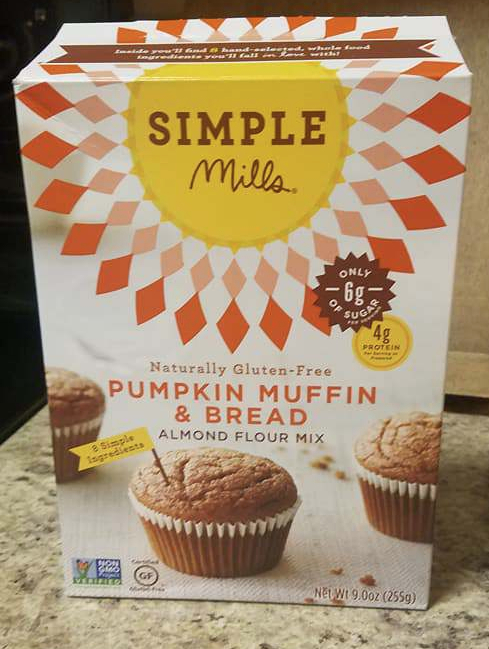 If I’m being totally honest, I wasn’t a fan. Even though the box didn’t say “pumpkin spice” I felt like there was too much spice — specifically cloves. Oh well. At least they smelled good!

On Saturday we decided to head up to Wake Forest. We grabbed dinner at Las Margaritas — an authentic (and cheap!) Mexican place. It was pretty good! Plus, it’s located in downtown Wake Forest…which is the cutest downtown I’ve been to!

We hopped over to White Street Brewing for some games and brews. We grabbed a set of darts and as Erin was saying “can we get a warm up round” she threw a bull’s eye!

A BULL’S EYE! Can you believe that?!

I found out that I have great consistency, but poor accuracy! I also found out that my husband is AWESOME at darts. Who knew?! After darts, we swapped out for shuffleboard — one of MY favorite games. Needless to say – Matt and I won! 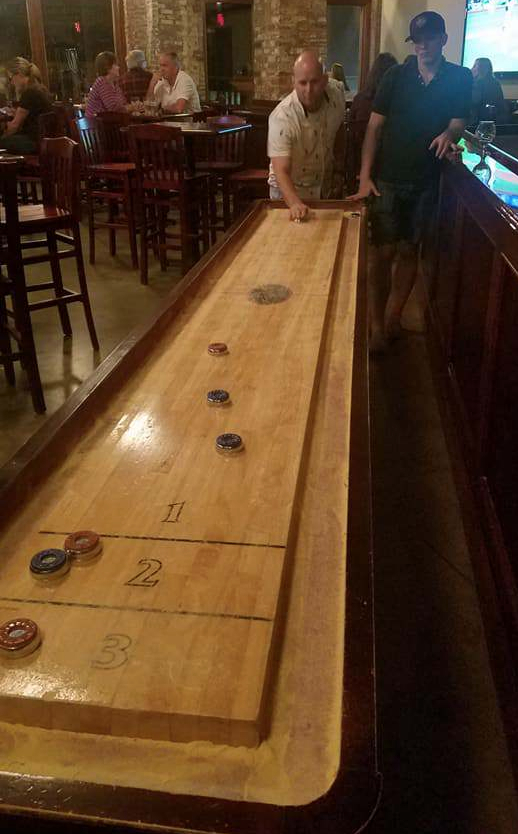 Before heading home we stopped by a local coffee shop, Wake Forest Coffee Company. I love eclectic little shops. They had a bunch of local art for sale, which I really enjoy looking at.

How cute are these Halloween tiles??? I think I might make one next weekend!

Naturally, we played a game called “Argue”. What better way to end an evening of drinking?

After Matt and Erin left Sunday, Bobby and I played a round of disc golf. This time, we played the whole course. Mowgli was excited to be outside in the woods. He loves to chase the discs (and squirrels). 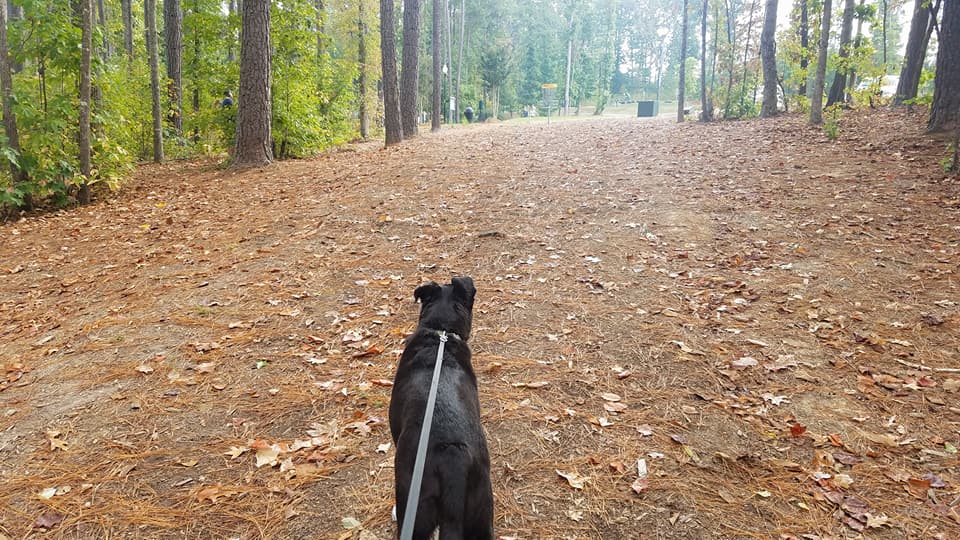 Overall, a fun and eventful weekend! It’s finally starting to feel like fall. Cooler weather and low humidity. I think I’ll do some fall baking next weekend (mmmm!).

Hope everyone had a great weekend!
Lauren

6 Tips for a Comfortable Guest Room

Be Mindful: Reframe your Perspective

This website uses cookies to improve your experience. We'll assume you're ok with this, but you can opt-out if you wish. Accept Read More